The clever clause that made Microsoft 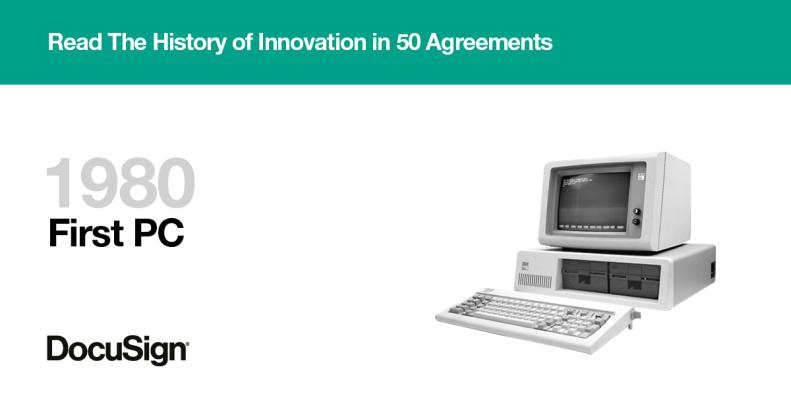 The origins of the personal computer can be traced back to 1980 - a time when IBM was undisputed industry leader, Microsoft was a virtually unknown start-up, and programmer Tim Paterson was working for Seattle Computer Products, where he had just written the 86-DOS operating system.

IBM had launched Project Chess – the firm’s speculative venture into the world of personal computing – but moving at speed was proving difficult.

Signing an agreement shrouded in secrecy

And so, on 6 November 1980, one Bill Gates, head of a small firm no one had heard of called Microsoft, signed an agreement – shrouded in secrecy – to provide an operating system for IBM. The only problem? Microsoft didn’t yet have one to sell. Gates thought 86-DOS fitted the bill perfectly.

He hired Tim Paterson purchasing 86-DOS 1.10 for a flat fee of $75,000 per OEM, renaming it MS-DOS and saving at least a year in development time.

The operating system became Microsoft's property, which it then licensed to IBM (as PC-DOS), triggering an eleven-month development hurricane as Paterson refined the system to meet IBM’s needs. He finished it in July, one month before IBM’s PC launched.

The clause that changed the course of technology history

Microsoft's contract to create MS-DOS was pivotal in turning the small start-up into the titan we know today. And it was a shrewd deal on Microsoft’s part. Although IBM was under the impression that it had sole rights, Microsoft had included a clause that allowed the firm to sell the operating system to other companies.

It was this clause that changed the course of technology history, allowing Microsoft to dominate the PC era. Within a year it had licensed MS-DOS to 70 other companies, many of whom had already began cloning IBM’s hardware platform.

Without this small clause in a pivotal contract, the history of the PC, and, in turn, the technology sector as we know it, could have been very different.