Contract signing in the UK: how things are changing

As people across the UK and around the world have adapted to various lockdowns and the pandemic in general, many have shifted their behaviours to new ways of living and working.

The sudden restrictions to social interactions and shift to remote working has meant that people and businesses have learnt new ways of connecting in social and professional ways (hosting virtual, happy hours, reunions with friends and even weddings).

At DocuSign, we wanted to explore how the pandemic has impacted people’s signing habits in the UK, and so set out to survey 1,000 office workers. The research found that 79% of UK office workers had signed an agreement digitally in the past 12 months, with 55% doing so on a computer and 23% on a mobile device. Whereas less than a fifth (18%) claimed to have signed agreements on paper.

In this article we look at how, where and what people are signing. Read on to discover more, some of the results might surprise you. 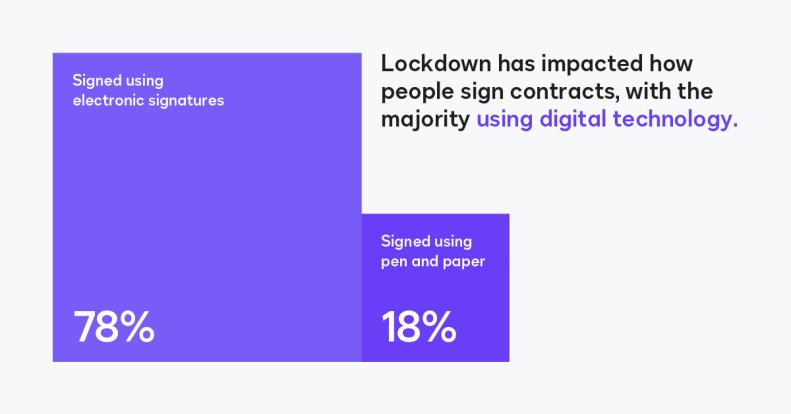 What types of contracts are people signing?

As the UK’s personal and professional lives have merged, so too did the types of contracts we were signing. Alongside employment contracts (25%) and software licenses (21%), people also used contracts to secure significant life moments: 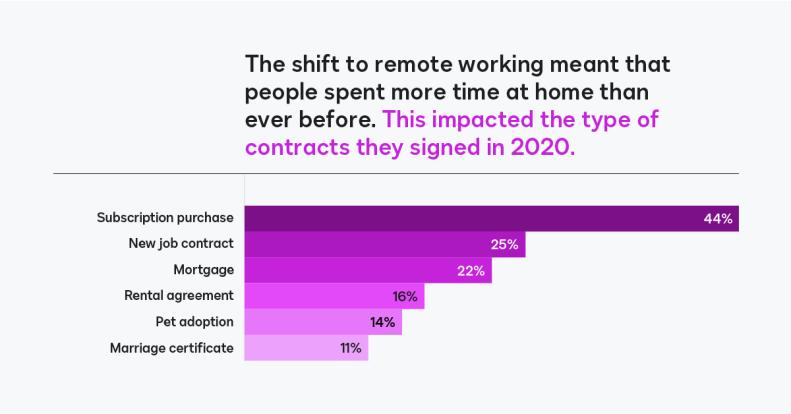 Where are people signing contracts?

With most people working from home in 2020, and more people using electronic signatures, people had the power to sign agreements from almost anywhere. We looked into the different places they’ve signed a contract since offices remained closed. 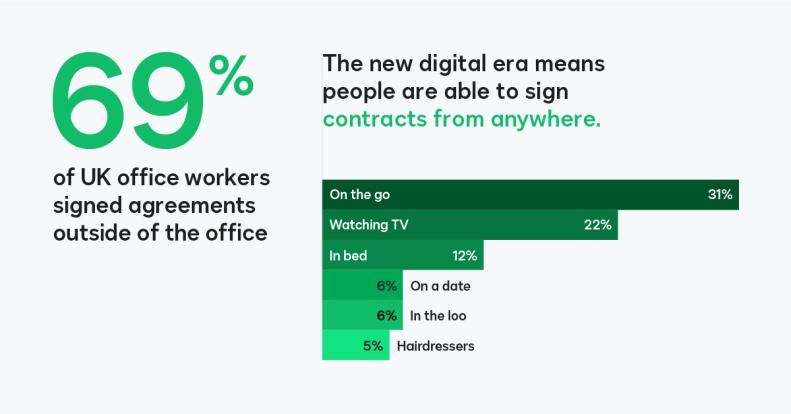 As more people signed from alternative places outside of the office, this naturally affected what they were wearing while signing.

Our research found that office wear is no longer a prerequisite to getting agreements done. In a sign of our more casual work habits, UK office workers opted for comfortable clothing when making their agreements.

How are people signing?

When asked about what they visualise when they think of agreements, it is clear that COVID-19 has made its mark. Before the pandemic, 27% of UK office workers said a pen and paper first came to mind when thinking about agreements, followed by the traditional handshake (17%).

However, the pandemic has completely redefined what signing agreements look like for people across the country. Our research shows the incredible pace that people can adapt—with signing on an electronic device now being the top answer (32%), and handshakes tumbling down to just 6% (only slightly surpassing the elbow tap with 5%). 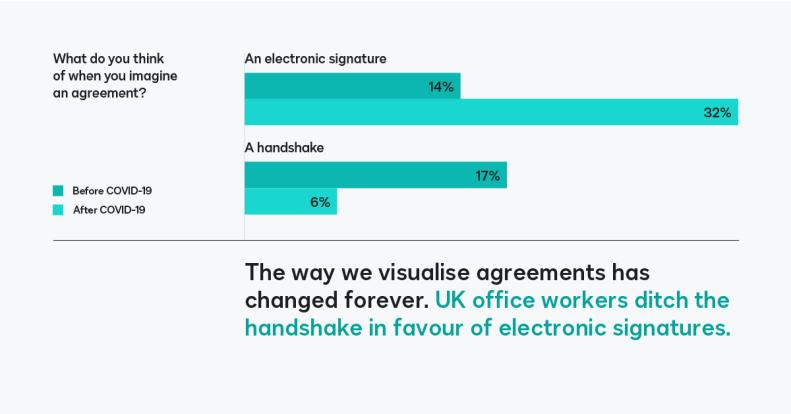 “If 2020 has proven anything, it’s that companies seeking to maintain continuity and increase operational resilience have needed to digitise their methods of concluding agreements – be it with customers, partners or employees. In today’s digital era, not only are people making agreements at home, as you would expect, but in fact, they are doing so from anywhere.” DocuSign’s Chief Operating Office, Scott Olrich.

The findings provide tangible proof of the essential role electronic contracts are playing in daily lives and business workflows.

To find out how electronic signatures could help your business, speak to one of our experts or register for a free 30 day trial.