The agreement behind the Fairtrade movement that went mainstream 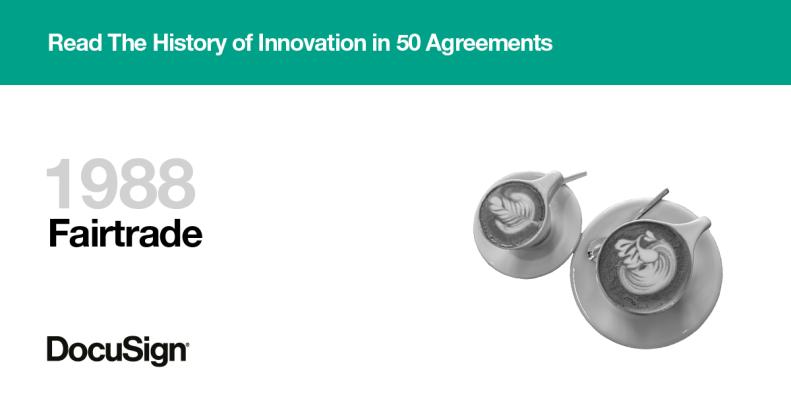 The beginning of the Fairtrade movement

The European Fair Trade movement began in the late 1950s, when Oxfam UK began selling crafts made by Chinese refugees.

For the first few decades, this is how it continued, with ethically sourced products sold at specialist outlets, rather than through mainstream retailers.

In the second half of the 1980s, however, the movement came up with a way of reaching a bigger market.

A Dutch group, including Frans van der Hoff, a missionary working with coffee farmers in Mexico, economist Nico Roozen, and church-based NGO, Solidaridad, together developed the idea of a Fair Trade label.

The “Max Havelaar” label was launched by Stichting Max Havelaar in 1988. Coffee bought, traded or sold according to principles of the fair trade agreement would be awarded a label, helping it stand out on shop shelves, thus allowing any company that followed the principles to sell Fair Trade products (rather than just Fair Trade Organisations).

The making of Fairtrade International

The concept caught on quickly, boosting sales of Fair Trade coffee, and later other goods, significantly.

In the following years, similar non-profit labelling organisations were set up. And, in 1997, a worldwide association, Fairtrade Labelling International (now Fairtrade International), was created.