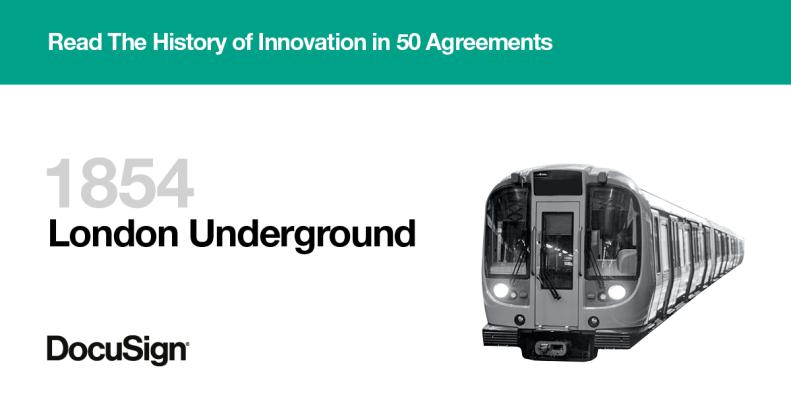 In the first half of the 19th century, London’s population swelled, as did the hordes of commuters piling into the capital’s outlying rail terminals.

The city had quickly become both the world’s richest and most congested, its roads backed-up with hundreds of thousands of people and horses, not to mention waste and fumes. Travelling in and out of the capital was slow, unpleasant and downright unhealthy.

The vision that broke the cycle

It took the vision of one man to break the cycle. Charles Pearson, a solicitor for the City of London, committed himself to clearing the streets and restoring the pre-industrial city of his youth. His bold vision was to ease congestion above ground by building a railway network beneath it.

But, while most people agreed with his thinking, a decision was delayed by protracted discussions over how best to achieve, and pay for, such a massive engineering feat.

The crucial agreement behind the first underground railway

Pearson was instrumental in securing Royal Assent to the North Metropolitan Railway Act on 7th August 1854. This crucial agreement approved the construction of an underground railway between Paddington and Farringdon Street via King's Cross.

Construction finally began four years later, by which time Pearson had persuaded the City of London Corporation to fund it. It took less than 3 years to excavate through the slums of Victorian London, with the Metropolitan Railway finally opening to the public in 1863.

The development of the modern-day London underground

The world’s first underground railway was a roaring success, carrying 9.5 million passengers in its first 12 months. This kick-started the development of the modern-day London underground, setting a standard which urban planners around the world would go on to replicate.

Subscribe to receive one iconic innovation story a week or stay tuned as we reveal more agreements that changed the world, on our blog.