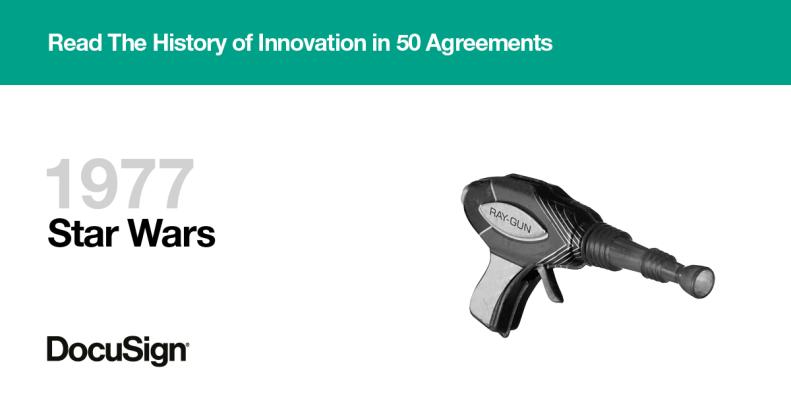 Innovation is central to success in business. But it’s not enough on its own. An understanding of how to take your innovation to market is central to realising its potential.

Today, innovation ranks high on the list of business priorities, but it’s a tricky thing to realise. How does a business go about creating a culture of innovation? What does the process of innovation look like?

The intangible nature of innovation isn’t helped by the popular misconceptions surrounding it. Many of us make the mistake of thinking innovation should always involve a completely original thought, or represent a large-scale disruption to a business or industry.

This preoccupation with “big-bang” ideas can be misleading. Some of the most impactful innovation comes from incremental change or a subtle reimagining of an existing approach. The success of the modern movie merchandising industry provides a great example of this.

In 1977, director George Lucas introduced the world to Star Wars, a cultural phenomenon that would go on to become one of the most popular film franchises of all time. And he famously had the ‘force-sight’ to insist Twentieth-Century Fox, the studio distributing it, include both sequel and merchandising rights in his salary package – a move that would see him give up $350K in directing fees.

It’s important to note that movie merchandising was by no means a new idea at this time. Ten years earlier, Fox had made a considerable investment in tie-in merchandising for its latest film, Doctor Doolittle. Fans would have the opportunity to buy Doctor Doolittle dolls, cereal and even pet food. But the film bombed, and Fox was left $200 million worth of stock to write-off.

The agreement behind the highest-grossing film of all time

Unsurprisingly, studios became wary of the risk associated with merchandising tie-ins. And from Hasbro to Mattel, most of the toy companies Lucas approached were similarly unenthusiastic. Undaunted, he would eventually agree on a deal with Kenner to manufacture the Star Wars toy line.

Interesting, Kenner also brought its own innovation to the table, recognising that creating 3.75” scaled action figures, as opposed to the 8” dolls that were popular at the time, would allow them to carve out a niche in the market and reduce costs.

By the end of 1977, Star Wars would become the highest-grossing film of all time. While unprecedented, the ticket revenue wasn’t what proved Lucas’ agreement with Fox to be so groundbreaking. In just one year, Kenner sold $100 million worth of Star Wars toys. Four decades later, and sales of the franchise’s merchandise have reached $12 billion.

What does the future hold?

Even in 2011, when there wasn’t a Star Wars movie in cinemas, Lucas would benefit from the sale of over $3 million worth of toys. It’s not an overstatement to claim Star Wars has transformed the movie industry. Today, almost every blockbuster will premiere with a supporting range of merchandise to market.

By placing confidence in his product, and spotting a gap in the market, Lucas’ innovation created an entirely new revenue stream for the movie business. Crucially, he worked hard to put agreements in place with partners like Fox and Kenner, ensuring he would be able to take this innovation to market.

Read more inspiring stories around agreements that changed the world, over on our History of Innovation hub page.