There are many steps to digitising documents such as contracts and agreements. From the initial preparation to the post-signing management of an agreement, technology has gradually been developed to save time and money. Now, technology has overcome one of the trickiest of areas: witnessing a signature.

The benefits to full digitalisation of a document are clear. Not only does it save money (the average £30 to conclude an agreement on paper may not seem much as a per-transaction fee, but quickly mounts up for an organisation with a high volume of transactions) but it saves time as well.

In today’s fast-paced world, a service that offers a quicker route to completion could be the difference between commercial success and failure.

But the signature, of both the party to the agreement and the witness, has been the gap in the digital transformation process. Many documents that have been otherwise fully digital have fallen at this last hurdle; paper copies are still printed off and sent through the post, with all the consequent delays and cost implications.

Electronic execution is a digital step that has long been demanded by both the legal profession and their customers, though some have been understandably nervous about the validity of the process. That concern has been put to bed recently, [NOTE: 4 Sept] when the Law Commission, the statutory independent body that reviews the law in England and Wales, confirmed that electronic signatures are valid and can be used to execute documents.

Now, witnessing can be done electronically too, with a process that mimics traditional witnessing. According to a consultation paper from the Law Commission on the electronic execution of documents, one of the concerns is to ensure that technology supports the basic principle of witnessing, which is to provide an extra check against forgery or duress.

Some have taken this to include video witnessing – a possibility, but one with practical and technical obstacles. So, the Law Commission recommends best practice for witnessing is still that the witness should be physically present in the same room as the signatory.

However, ultimately what is important is that the technology should be sufficiently secure and clear to verify that witnessing has taken place. That criterion is fulfilled by the option of a digitised document. This document is backed by technology that captures rich witness evidence such as geolocation, IP addresses and timestamps of the signatures. And this shows when the document was signed and where all the signatories were located at the time of signing.

Indeed, in many ways, this option is even more secure than a traditional witness process. Technology can verify the identity of signatories in a number of different ways, depending on the level of assurance needed by different industries in different countries.

It’s up to those who draft the document to set the parameters.

Now, eWitnessing is as simple as dragging and dropping an extra box or two, there’s no excuse for sticking with the cumbersome process of printing and posting documents. Now a digital workspace can be created and accessed securely by all the parties to an agreement, the electronic “room” has arrived, helping to streamline workflows. The paperchase is, finally, over. 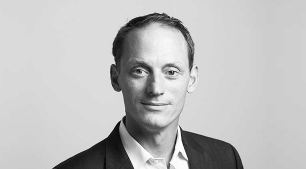