There can be no innovation without agreements 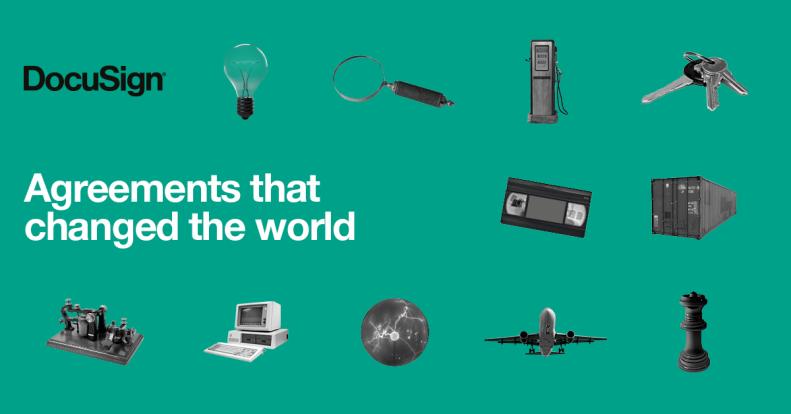 Behind every star there’s a team of people lifting them up. It’s why the acceptance speeches receive so much air time at the BAFTAs.

So then, if you consider true innovation the superstar of an organisation, think of agreements as the team working away in the background to ensure success is achieved and glory gained.

That’s the motivation behind the DocuSign publication: The History of Innovation in 50 Agreements. This collection heroes the agreements and surrounding set of circumstances that collided at just the right time, between just the right parties, to give rise to something amazing. Often game-changing.

Take the world’s first computer, for example (page 23). Were it not for Max Newman’s dogged pursuit of his dream of applying code-breaking skills to the development of general purpose computing, The Royal Society would never have agreed to the grant that funded a computing team at Manchester University. Had that grant never been agreed, neither would the agreement to recruit Alan Turing to the team: the brilliant mathematician who built the mathematical model that enabled data manipulation by a computer.

He, in turn, made two more smart hires: engineers who knew relatively little about computing but a lot about hardware and circuits capable of housing Turing’s software. And, so the first computer was born. Fast forward seventy years and it’s hard to believe this little network of agreements bore the digital age we now live in.

The Inventor of the Lightbulb

Ask anyone, and you’ll get the answer ‘Edison’ before you can finish the question. However, Edison’s smart thinking transcended invention alone (page 52). It was his timely purchase of an existing patent agreement belonging to Henry Woodward and Matthew Evans that led him to enter into a partnership agreement with Joseph Swan, which yielded the first practical lightbulb. 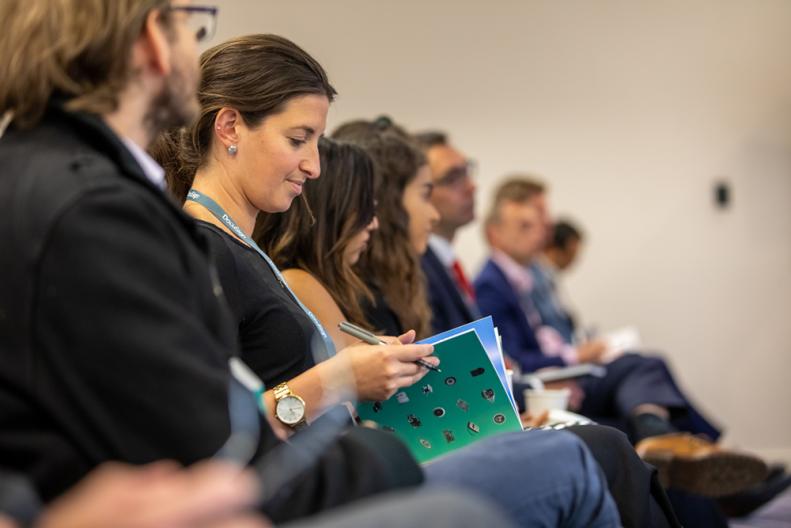 The book is addictive; I’ve yet to meet a person who didn’t learn something new from a quick browse through the stories. But, that’s not what’s mind-blowing. It’s the thought that there are many innovations that could have changed history but didn’t happen because their ‘team’ wasn’t in place.

Agreements are a two-way street. Do them right and you open doors to new worlds. Fail to do them in time, or at all, and the keys to those doors belong to your competitors at best. Sometimes they remain closed.

Netflix Executives Laughed Out of the Room

To illustrate that point exactly: Blockbuster’s failure to broker an agreement with Netflix to explore a digital model sealed its fate as a legacy media provider, prime for replacement (page 52). The movie rental giant reputedly laughed at the partnership agreement proposed by Netflix, now worth $150bn. It lasted no more than a decade longer.

For me, the history of innovation is less a celebration of the outcomes and more about the unique set of circumstances giving rise to those outcomes. Imagine if Tim Berners-Lee hadn’t stood his ground in negotiations that threatened to monopolise his creation: The Web. Instead he insisted on making its code public, thereby creating the World Wide Web.

Let these stories be a reminder to us all to focus as much attention on how as what we innovate. Here’s to the humble agreement!

Download The History of Innovation in 50 Agreements – complete collection.